Military Honour and the Conduct of War: From Ancient Greece to Iraq (Cass Military Studies)


Has the cake been left out? I'm the first President to celebrate the Fourth of July on July 5th! First one ever!

We've got a surprise for all of you who stuck with us, we're sending one of the four star generals that have been hanging around, and he's going to by sausage and cheese McMuffin's for everyone! Can you imagine that, four star general comes in, dressed to the nines, says 'Gimme McMuffins'?

It's going to be great folks, now here are some dancers from a place called Pleasure's out by the airport, they're going to entertain you for a bit until this wind dies down. Can't have wet tanks now, can we? Accept the things we cannot control. If it's best they wait, even stay overnight, they'll be okay. Once again, God has literally rained on his parade. It's like raaaaain on Independence Day This is perfect. Well, almost. Need lightning. The only shiatty thing about the rain is, he'll use it as an excuse for the poor attendance.

Trump's gallant supporters are sticking it out! CNN reports flyovers will still happen, and the Dotard is speaking now. Non Sequitur Man. Honour time and shame aidos were the two magnetic poles of ancient Greek society. Love of honour philotimia , according to the general and historian Xenophon, was the very feature that distinguished men from beasts. In the marketplace of Athens stood three altars: 'one to Shamefastness, one to Rumour, and one to Effort.

Individuals strove for dominance within a state, and states strove to dominance over one another. The consequence was almost continual inter-state war The Greeks believed that a society prospered by honouring those who prospered. Through love of honour and fear of disgrace, society impelled men to compete for success, benefitting all through the pursuit of their own self-interest.

Plato wrote that without the 'values that produce feelings of shame for disgraceful actions and ambition for excellence The former suggested 'vanity', the latter 'pusillanimity'. The ideal was 'magnanimity'. As Aristotle wrote: A person is considered magnanimous if he thinks he is worthy of great things, provided that he is worthy of them Indeed it is apparent even without argument that magnanimous people are concerned with honour, because it is honour above all else that they can claim as their due, and deservedly Some historians interpret Greeks' endless talk of external forms as meaning that the ancient Greeks lacked any concept of sin or internal conscience, and measured themselves and their acts purely in terms of others' opinions.

This idea does not stand up to close scrutiny. As Douglas Cairns points out in a study of honour and shame in Greek literature, members of every society internalize that society's values at least to some extent, and the Greeks were no exception. In fact, Greek honour demanded adherence to an internally enforceable set of rules which defined 'virtue' arete - often translated instead as 'excellence', as it may imply excellence at some technical skill rather than a moral quality.

Aristotle defined honour as 'the reward for virtue', and listed the elements of virtue as being: 'Justice, courage, restraint, splendour, magnanimity, liberality, prudence and wisdom'. In a military context the most important virtues were courage and prowess. 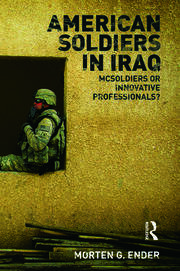 In Homer's Iliad , the hero Achilles is in many ways and unattractive figure: he is moody and selfish. But he is still the greatest of the Greeks, for the simple reason that no man is a match for him in battle. That fact outweighs everything else Another, though lesser, virtue was truthfulness. By the Classical period, after long experience of reckless glory-seeking, collective duty and patriotism had also become important parts of the honour code War was almost a permanent condition in the Classical era Paradoxically, this resulted not so much from mutual antipathy as from shared values.

The Greeks, according to the modern Classical scholar Hans van Wees, were united not only by a common language and religion, but also by a common rivalry to be the best People often associate ancient Greek hubris with arrogance, and particularly with challenges to the gods which were invariably punished, leading to another common Classical experience, that of 'nemesis' Hubris, wrote Aristotle: consists of doing or saying such things as involve shame for the victim, not for some advantage for oneself other than that these have been done, but for the fun of it.

The cause of pleasure for those insulting is that they think that by treating others badly they are themselves the superior.


Given the importance Greeks attached to their personal honour, not surprisingly they considered hubris to be intolerable. Nonetheless, it was extremely common, for the simple reason that this honouring others was such an obvious way of raising one's own relative status In many cases the reward for success or virtuous behaviour was no more than a good name, but there could also be tangible rewards: money, prizes, booty, promotion, crowns, statues, and inscriptions.

The first three of these were of use not merely for their monetary value, but as status symbols and levers to gain further honour by displaying generosity through gift-giving. The recipient of any gift is placed in a subordinate position, thus boosting the giver's status.

All prizes, in fact, had worth beyond their material value, since they gave proof of honour and status Surprisingly, the Greeks did not merely punish those who failed - they often also punished those who succeeded! Envy was the reason.

Honour in the sense of precedence is a limited good, since not all can be first among men. Those you do not come first tend to be extremely jealous of those who do, and to want to humble them. Successful generals had to face the possibility that their fellow-citizens would greet their triumphs not with joy but with consternation, and would immediately look for some excuse to take them down a peg or two Honour was central to the values of Classical Greece.

This led the Greeks into constant wars, most of them rather pointless. The endless competition kept Greece permanently divided and weakened its ability to resist external enemies. Close by, in Italy, a disciplined and single-minded force was being built that would bring Greek dominance of the ancient world to an end Roman honour was rather more complicated than Greek honour. The Romans were simultaneously merciful and brutal; exceedingly moralistic and callously indifferent to moral equations; and repeated aggressors yet firm believers that wars should only be fought in self-defence.

Like the Greeks, they were highly competitive and encouraged the pursuit of external honour, but they were also given to very sophisticated moral reasoning. They managed in many ways to be startlingly modern, while in others still undeniably ancient.